Ornella Oettl Reyes, born on December 14, 1991, is a member of the first Peruvian Olympic team. She is of German and Peruvian ancestry.

She has competed at six World Championships and two Winter Olympics, primarily in the slalom and giant slalom events. 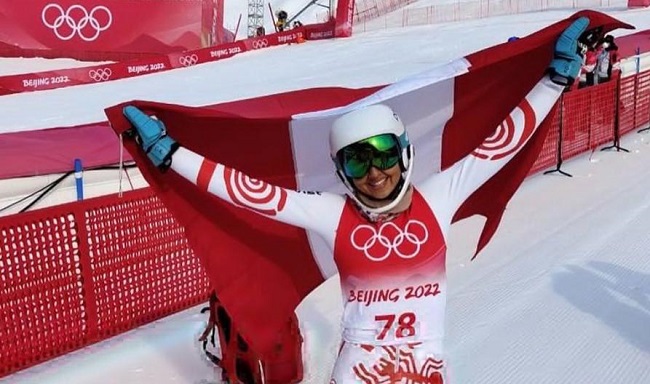 Oettl Reyes was born in Munich, Germany to a German father and a Peruvian mother, and as a result, he holds dual citizenship with both countries.

The 2006 German National Junior Race was her first International Ski Federation (FIS) competition, and she was disqualified from the first slalom run and did not complete the second giant slalom run, both of which she had won the previous year.

Her greatest finish to date (February 2022) is a second place at a giant slalom race in Germany in 2008.

Oettl Reyes, who was originally from Germany, has been competing for Peru in the FIS since June 2009.

At the age of eighteen, she was a part of Peru’s first-ever Olympic delegation, which competed in the Winter Olympics in Vancouver in 2010.

A year later, she competed in the World Championship for the first time.

One Peruvian alpine skier was a woman. During the opening ceremony, the flag of the country was carried by Ornella Oettl Reyes. At the same time, a ceremonial flag was carried by an unpaid volunteer.

One Female Peruvian Alpine Skier Qualified after the Country met the Minimum Requirements.

It sent cross-country skier Roberto Carcelen to compete in the 15-kilometer freestyle event at the 2014 Winter Olympics.

For the year 2022, they are planning on having just one competitor: a female alpine skier.

None of the country’s athletes have ever won a medal in the Winter Olympics.