Daniel Sthl (born August 27, 1992) is a Swedish discus thrower who has had a phenomenal career, culminating in victories at the 2019 World Championships and the 2021 Olympic Games in Tokyo. 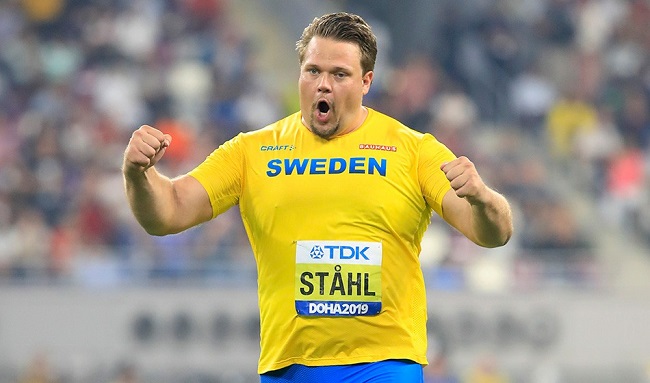 It was the 1000th athletics final in Olympic history, and Daniel Stahl continued his dominance of the men’s discus with a comfortable victory at Tokyo’s Olympic Stadium on Saturday (31).

The 28-year-old Swede won the competition with a 68.90m throw in the second round, the fourth-furthest Olympic throw ever.

When Austria’s Lukas Weisshaidinger threw 67.07 metres in the third round, it gave him pause. However, his toughest threat came from training partner Simon Pettersson, who threw 67.39 metres in the fifth round, giving Sweden its first-ever gold and silver medals in the event.

“There was a lot of hard work and fun on the road,” Stahl, who has been the global leader in the event every year since 2016, said. “I have a lot of pride.”

My training partner Simon has been putting in the work,” Stahl remarked. I’m also pleased with how our coach (Vesteinn Hafsteinsson) has shown faith in us.

On July 30 and 31, 2021, the men’s discus throw competition took place at the Japan National Stadium.

In the men’s discus throw at the Tokyo Olympics, defending world champion Daniel Stahl won gold with a throw of 68.90 metres, followed by Simon Pettersson of Sweden in second and Lukas Weisshaidinger of Austria in third.

Ceh had the season’s longest throw, at 70.35 metres, which he accomplished at the Kuortane before the Olympics. However, the Slovenian failed to replicate his exploits on the big stage, throwing only 66.37 metres in the final.