For the duration of Beijing 2022, the names of alpine ski power couple Alexander Aamodt Kilde and Mikaela Shiffrin were rarely out of the news.

After coming sixth in the downhill, Kilde bounced back to win bronze in the Super G and silver in the combined. 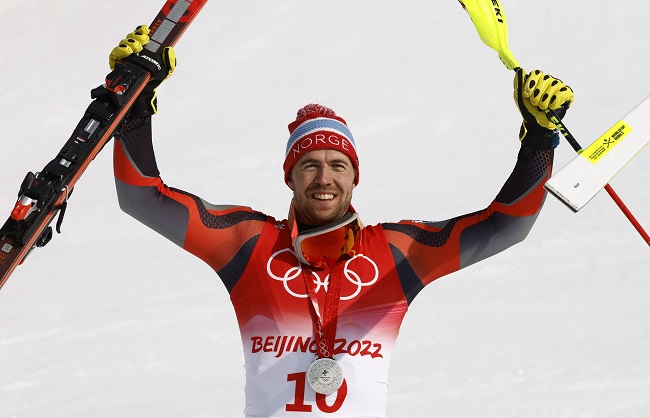 Shiffrin, meantime, did not place in the top three in any of her six events and said to Olympics.com that she still felt “like a joke” after suffering three DNFs in individual races.

Kilde and ‘Kaela’ never expected to compete at the Olympics together in 2022, but having each other there meant they would have strength and stability in the face of an unknown future.

Victory in the final downhill of the 2021-22 season went to Austria’s Vincent Kriechmayr, who crossed the line 0.34 seconds ahead of the runner-up, Beijing 2022 giant slalom gold medalist Marco Odermatt.

With Odermatt finishing ahead of teammate Feuz, today’s fourth-place finisher Kilde was able to maintain his 13-point advantage at the top of the downhill standings and become the fourth Norwegian to win the crystal globe in the discipline, following Kjetil Jansrud in the 2014/2015 season.

Olympian Mikaela Shiffrin of the United States and her Norwegian boyfriend Aleksander Aamodt Kilde may be the most popular couple in Beijing. At the end of extraordinary years, they are both strong medal contenders.

Skiing great Mikaela Shiffrin kissed her boyfriend Aleksander Aamodt Kilde in the finish area after she won the first World Cup of the season in Soelden in October.

Due to the fact that the calendar typically sends them to separate mountains on a weekly basis, allowing them to offer assistance from a distance, this victory was the only one that the dream pair of the alpine skiing scene could enjoy together.

The downhill and Super-G gold medal favourite from Norway claims he can see Shiffrin of Team USA, but they can’t go near since they’re both afraid of catching Covid.

They will spend the evening together in the Olympic Village, as Kilde claims, but that will be it.